Empowering healthcare providers to suspect, treat and prevent sepsis in women and newborns.

Providers from about 500 facilities have been busy this week identifying eligible women for GLOSS, and have recruited over 2 000 women so far (still several hours more to go!). This is an extraordinary, collective effort. Want to see what the global coordination looks like on the map? 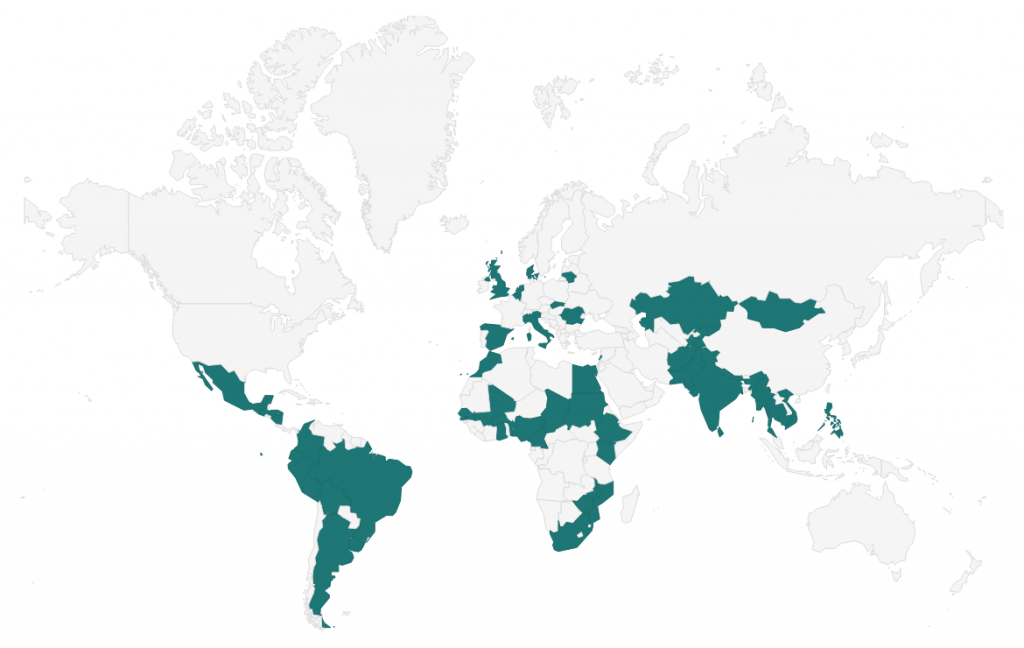 Thanks to a great campaign launched in all the facilities informing providers about the study and common identifying signs for maternal sepsis, everyone is ready to support GLOSS. Providers also helped in developing the campaign by telling us what they knew, how they felt about it, and what difficulties they faced when identifying and managing sepsis through a survey. Representatives of 47 countries completed over 1 000 surveys. The survey was available in eight languages, and 578 responded in Spanish, 272 in English, and 117 in Russian. The country with the most completed surveys was Guatemala, followed by Colombia, and then Lithuania. True champions in our awareness campaign activities!

Thanks to everyone who participated in the survey and in putting together this great campaign. The campaign aimed to raise provider awareness on maternal sepsis so that they could be in tune with identifying women with this condition.

More to come as identification week comes to a close.